A place that has a vocation for hospitality in its DNA; ever since - and we are talking about the first half of the last century - it offered refreshment and shelter in times of war.

To reach the small hamlet of Coloreto, just outside the city of Parma, one takes a road parallel to the Via Emilia towards Reggio. Until a few decades ago it was a classic gravel driveway typical of the Emilian countryside, the ones that raise clouds of dust with each passage. Between the farmers' houses and the fields, we found a church with an oratory that served as a cinema and theater, an elementary school, a football field, a dairy, a bakery and the inevitable trattoria, since the 1920s. It was not a simple trattoria, but a real gathering of licenses: in addition to the restaurant aspect, there was a grocery, liquor, hardware and stationery shop, a tobacconist's, a game of bowls, seamstresses for sewing and mending, a barber , the resale of diesel for agricultural vehicles and the room for the slaughter of the pig and the preparation of cured meats. We are talking about the last century, when the hamlet lived in complete autonomy from the city. Today, however, we are increasingly linked to Parma, the capital of gastronomy, a unesco city with its excellences known all over the world linked to the table, the music, the landscapes and quality of life. 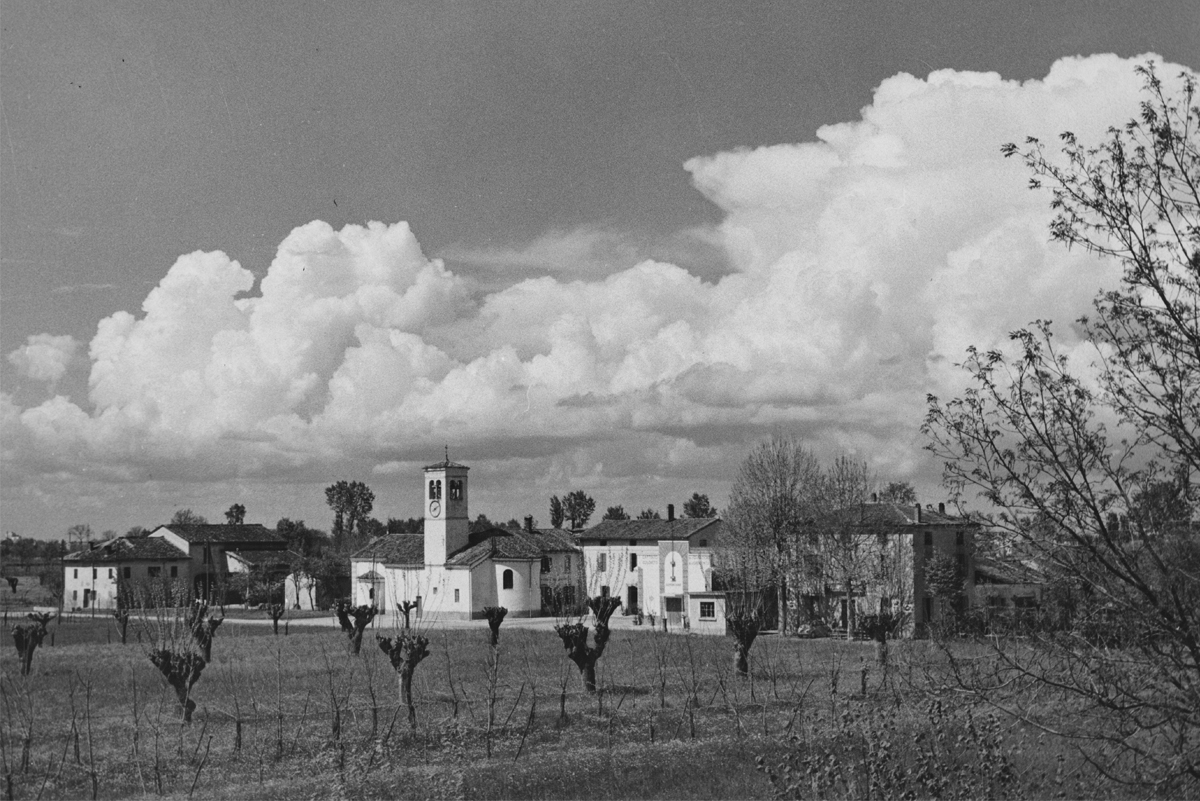 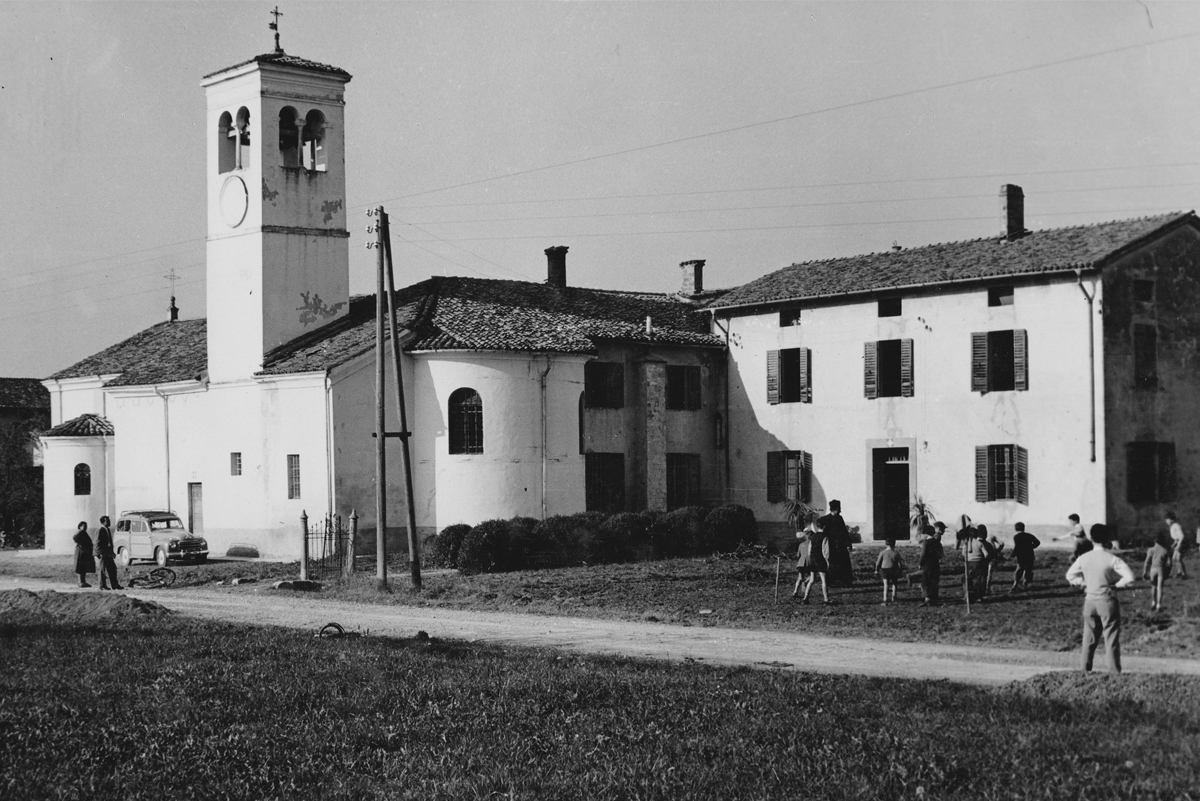 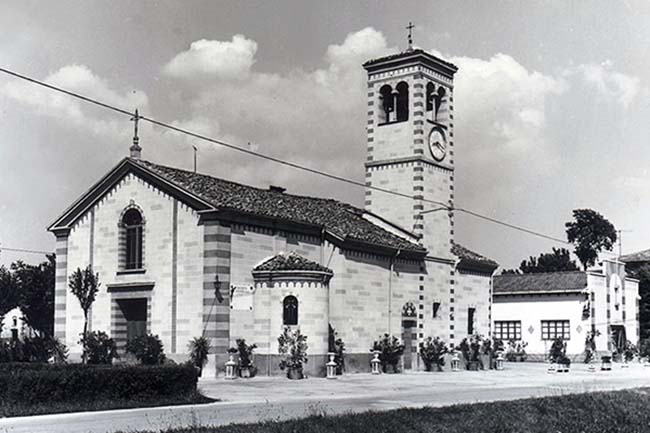 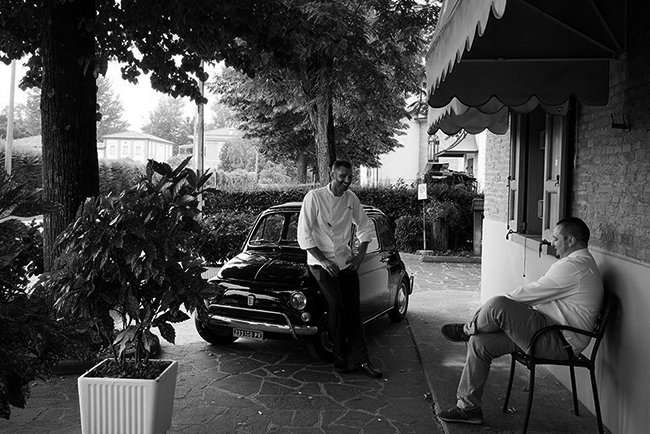 The Trattoria ai Due Platani, born with the name Belvedere in the 1920s, took its current name in 1935 when the then owner Carlo Schianchi planted these two wonderful plants in front of the restaurant to celebrate the birth of his son. In fact, at the time, families were given a plant for each child born, but Schianchi was unusually given two. During the Second World War from America, through the coffers of the armaments of the US army, a disease of the plane tree arrived which in 1956 destroyed the centuries-old trees of the Royal Palace of Caserta. In '72 it was reported in Forte dei Marmi and in '78 it also hit one of the two trees in Coloreto. In fact, today only one remains which has been replaced by a lime tree.

In 1963, Mr. Fantuzzi and his wife took over the management. Shortly after in 1970 we find Ida Grossi at the helm with her son Giancarlo Togni who begin a major renovation that will give the restaurant an appearance more similar to the current one. The bowling green and the barbershop disappear, leaving space for the bar where they played cards. These are the years in which students on bicycles took refuge here for their snacks and to avoid the duties of study, when new loves were born under the arbor and more and more people fled the city to celebrate anniversaries by tasting traditional dishes. In 1995 Stefano and Luciana Funetta enter who will transform the place into a sole trattoria and tobacconist's, closing the shop and bar. 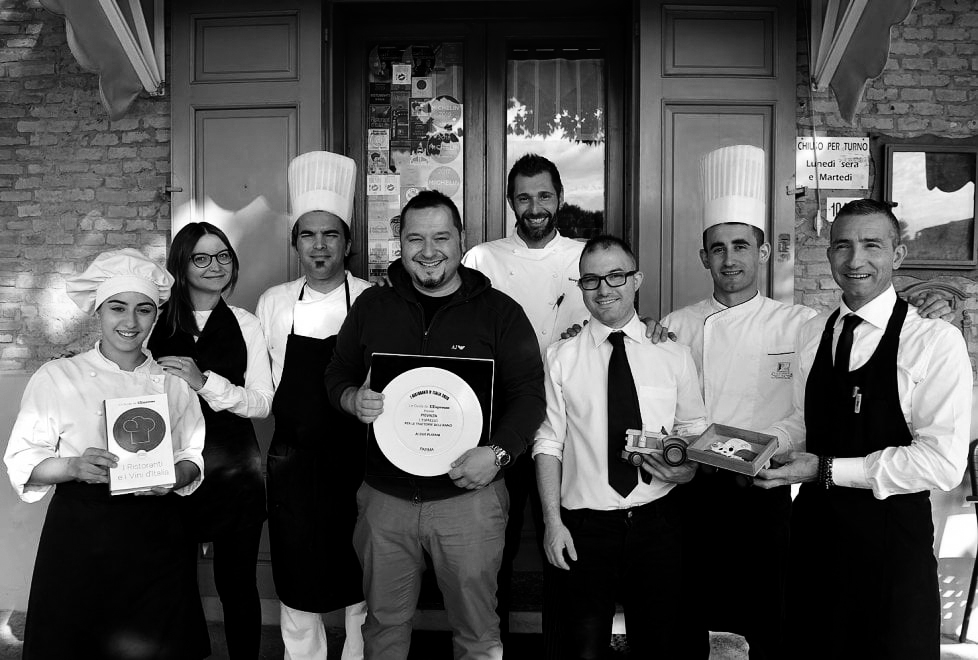 Since November 2005 the restaurant has found its current owners, Giancarlo Tavani, Gianpietro Stancari and Mattia Serventi. Our career path has included long periods in important clubs in Italy and abroad, experiences that have given us the opportunity to train and acquire the knowledge and skills that help us every day. Feeling the responsibility deriving from the long history and the name of the place, our task has always been to protect what in Parma has always been considered one of the landmarks of tradition.